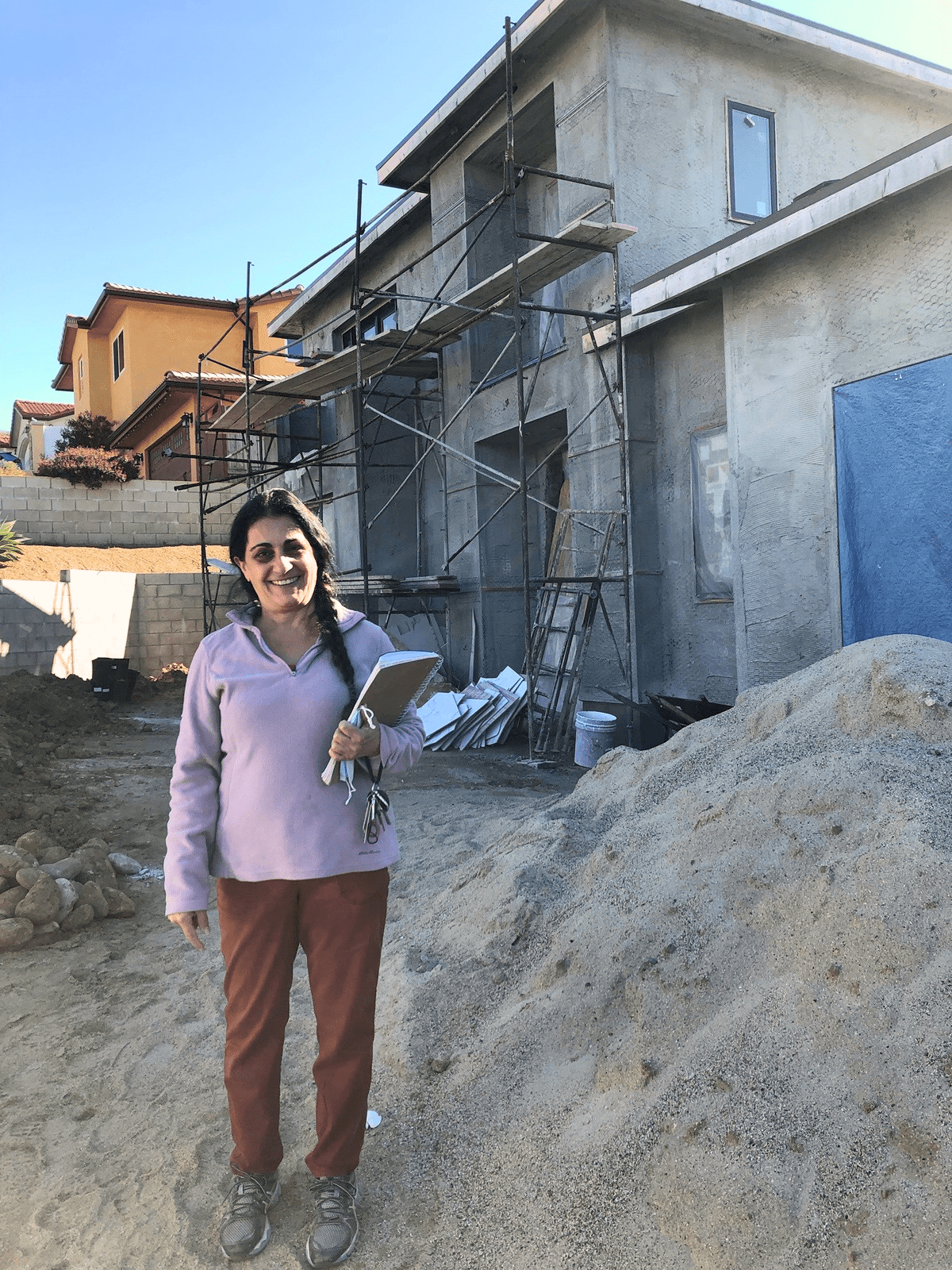 The Thomas Fire of December 2017 to January 2018 was the largest wildfire in California history when it burned through Ventura County, and one longtime Venturan who lost her house in the fire, Marcy Zaid, will be moving into her newly rebuilt home in early 2023 thanks to the Ventura County Community Foundation and many more local organizations.

Marcy was born in Iran in the 1960s. During the Iranian Revolution, she and her family fled their home for safety to the United States and she became an American citizen. She was married in 1983 and gave birth to two daughters, Tiffany and Rebecca. However, for 18 years, Marcy was an in an abusive relationship, which culminated in her husband abandoning her family in 1999. Marcy was left to care for her daughters alone with little support, but she raised her daughters to be successful students who are accomplished in their careers. During this time, Marcy also finished her master’s degree and built her own rental property business to support her family.

The Thomas Fire ignited on December 4, 2017 in Santa Paula, quickly burning through Ventura County all the way up to Santa Barbara, destroying 1,063 buildings in its wake according to CAL FIRE. Marcy said her experience during the Thomas Fire was frightening and traumatic, and she didn’t know if she would survive the disaster. She had lived in her home since 1983 and raised her daughters there, until the night the Thomas Fire reached her house. After her home was destroyed, Marcy sat crying on her charred driveway when her elderly neighbor whose home survived the fire came to her and embraced Marcy, and asked what she would do now that everything Marcy had worked for was gone. Marcy said she stayed strong to console her struggling neighbor and told her that she would rebuild her life and home with the help of other community members like her and her faith to inspire her. That moment began a long, emotional process that continues to this day.

Marcy said she began experiencing PTSD and shock in the aftermath of the fire, which still affects her daily life. She has worked tirelessly to support herself and her daughter, Tiffany, who moved in with her in temporary housing to help her after she lost her home. She said as a single mother, to see everything she built for their lives be destroyed by the fire has broken her heart, but she set her mind on starting over and rebuilding for herself and her daughters. The toll that the fire has taken on Marcy, and many other families who have rebuilt after the fire, has been emotional, financial, and physical. “It’s heavy, it’s frightening, it’s scary, it’s unknown, and yet I kept going forward not knowing if I’ll have or be able to build my home,” Marcy said. “God gave me faith and kept showing up in different ways that I’m gonna make it.” Marcy is one of the 110 Ventura County residents who have obtained permits to rebuild their homes, according to the Resource Management Agency.

Through these last five years, local nonprofits have helped fire victims in their recovery and rebuilding, from the many Boys & Girls Clubs in Ventura County providing immediate help by assisting with childcare for to school closures due to poor air quality, to Habitat for Humanity of Ventura County helping to repair homes damaged in the wildfire. In her recovery, Marcy reached out to a local organization working with wildfire survivors who connected her with The Salvation Army and one of their disaster recovery case managers. Her case manager worked with her to set goals for her recovery, such as reviewing home building plans and evaluating available funds for rebuilding expenses. However, when they discovered Marcy’s funds couldn’t cover the anticipated costs, her case manager connected her with the Unmet Needs Funders Table to request financial assistance for rebuilding materials and labor costs.  VCCF is proud to be one of the funders at this table and to put the generous contributions we have received to work helping people like Marcy.

Marcy has personally overseen her home’s rebuilding process in addition to working long hours, and she feared she wouldn’t be able to finish her home as she hoped with her insurance funds, even after her long workdays and sleepless nights. On February 3, 2022, she received an email from the Ventura County Community Foundation that she had received a grant from the funders table to help her complete her rebuild. She was in disbelief at this “gift of a lifetime,” the key to finishing her home. “[The Ventura County Community Foundation] is the lifeline that felt like the universe came to hold my hand, telling me, ‘Everything’s gonna be okay. We’re here. We’ll stand by and with you ‘til you go home,’” Marcy said. Now, Marcy is finishing the interior of her house and says she is only a few months away from being able to move into her new home.

Through her rebuilding process, and in receiving support from local nonprofits and her community, Marcy has learned valuable lessons she would like to share with others. “I learned humanity matters,” Marcy said. “I learned life is one moment, one breath at a time. I learned being kinder brings us together. I learned I don’t need stuff to be happy. I just needed to be in my home. Being in this structure, I learned that our home is more than walls. You see when you live in your home, those doors you come through welcome you. Your home doesn’t care what you wear, what mood you’re in, what you look like. Your home is your sanctuary, your place of peace, a place that allows you to be yourself without judgement, without criticism.”

Marcy, along with many others still recovering from the Thomas Fire over these last five years, looks forward to the day in her near future where she’ll walk through the doors of her new home and continue along the healing journey she and many others in our community are on together.