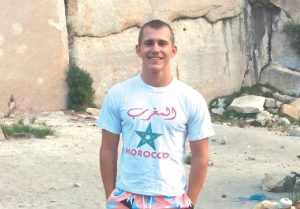 Nate’s Place, A Wellness and Recovery Center, is a nonprofit that provides peer support recovery coaching and healthy replacement activities for teens and young adults at risk or recovering from drug addiction, founded to honor the life of local youth Nate Rhoades. Nate was a Nordhoff High School graduate who passed away after a traffic accident in January 2022. His parents, Heidi and Larry Rhoades, created the organization to carry on his legacy of helping others recovering from substance abuse after he had recovered from his own addiction.

At age 14, Nate was addicted to drugs and went through an extensive recovery process including both inpatient and outpatient treatment, counseling, and twelve-step recovery meetings. One of the most pivotal elements of his recovery was Kyle Smith, a 24-year-old peer support recovery coach, who showed Nate he could find joy in his life without needing drugs. For three to four days a week over eight months, Kyle, who was in recovery himself for drug addiction, introduced Nate to alternative activities like weightlifting and guitar, and Kyle’s role as a peer mentor made the biggest positive impact in Nate’s recovery.

Nate threw himself wholeheartedly into his recovery and found a passion for healthy living and athletics. Not only was he the defensive MVP for the Nordhoff Rangers football team, but he later became a certified fitness trainer who helped others achieve fit and healthy lives. He was a lover of fitness, boxing, weightlifting, and all things sports. Nate lived a happy and full life with many friends and became a positive role model himself by supporting others and cheering them on through their own struggles and recovery. 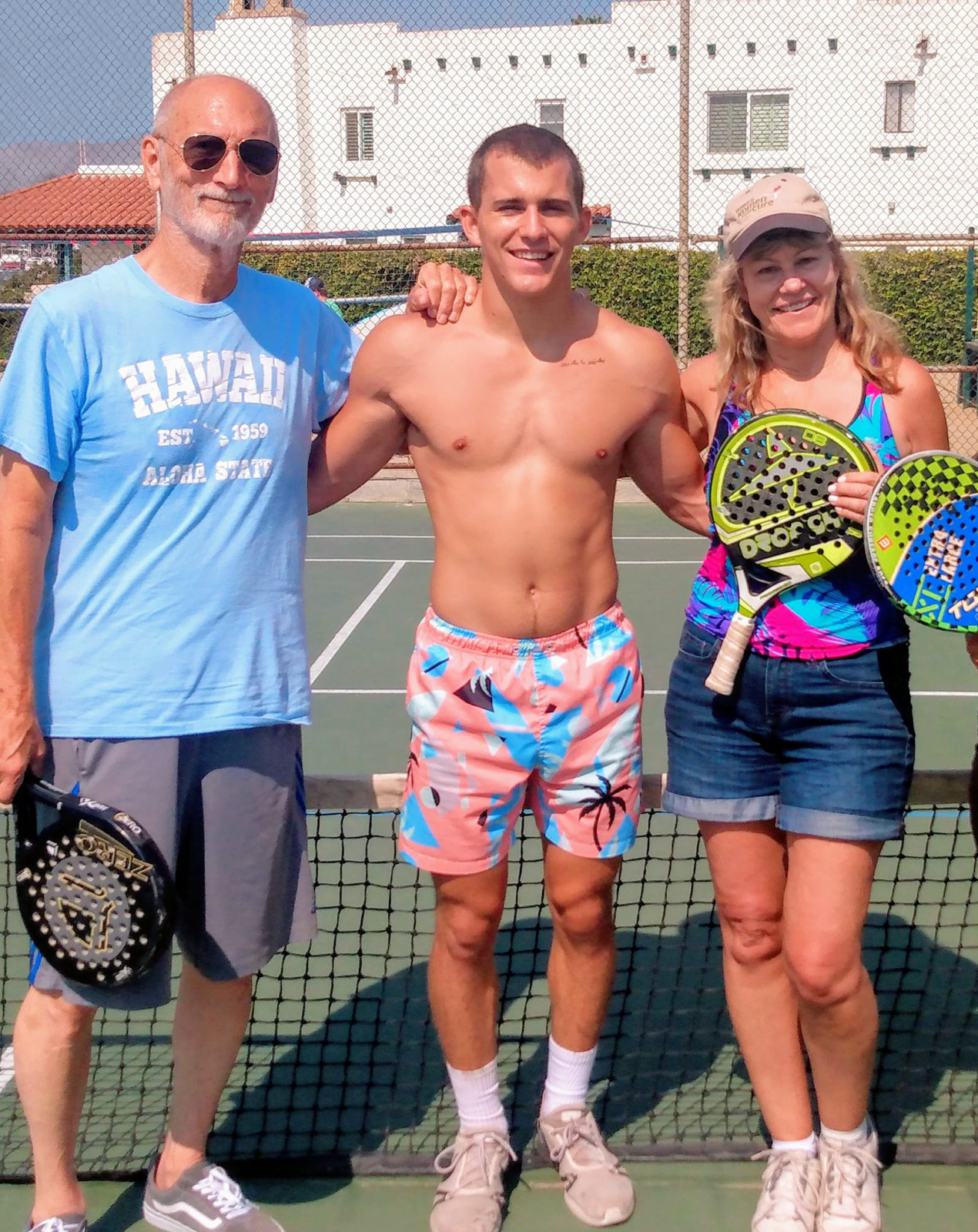 “So that helps us with the grief process, it’s helped us so much, all of this has helped us, not only carrying on Nate’s legacy, but finding meaning,” Heidi Rhoades, on Nate’s Place and Nate’s organ donation after his death.

Following the tragic motor accident, 65 people came to visit Nate in the five days he was kept alive. Heidi and Larry spoke with many of his friends, some whom they didn’t know, who said Nate was deeply compassionate and was one of the few people checking up on them regularly through their journeys with mental health and substance abuse. One friend told his parents that Nate would check in on them twice a day as they struggled with suicidal ideation, and another told Heidi and Larry that Nate would drive all the way from Thousand Oaks to Camarillo to join them on their twelve-step meetings during Nate’s lunch break. His parents had always known their son was a loving and empathetic kid, but they had no idea the extent to which he took care of others. With all the visitors in Nate’s hospital room, Larry recalled, “At one point, his girlfriend (Autumn), Heidi, and I just kinda looked at one another and said, ‘Boy, this is really Nate’s place.’ And we looked at one another and it was almost an organic thing, it was like, ‘Yeah, maybe we can continue this in his name.’”

Heidi and Larry have made tremendous progress since January in organizing the nonprofit Nate’s Place, such as securing a location for the clubhouse, a safe space for young people to maintain sobriety and mental health in a peer-supported environment. As a therapist with a private practice, Heidi said she’s seen a dramatic increase in young people struggling with addiction since the start of the Covid-19 pandemic, coupled with increased loneliness and isolation. When Nate was in his recovery process and going to sober spaces, often the only other people there were significantly older than him. The new center, a 2,250 square feet building at the Channel Islands Fisherman’s Wharf, is the “perfect location” for youth to participate in activities in a recreational setting, such as music, yoga, kickboxing, art therapy, kayaking, and more. Additionally, the center will also have peer recovery coaches and therapists on-site to create a support system for these young adults.

Most importantly to Larry and Heidi, this will be the first center of its kind in Ventura County to offer healthy alternative activities for lower-income youth struggling with mental health challenges and addiction. The couple said Nate’s recovery process was costly, and that there is a wide gap in after-care services in Ventura County for young people going through recovery, especially with a lack of after-school programs for students who may return home to unsafe environments. The nonprofit has purchased a van to transport at-risk youth from Ojai and Oxnard Union High School District to the center after school and will also be open on weekends to ensure this safe space is always available to them. There are also currently wellness centers planned at Nordhoff and in the Oxnard USD.

In addition to the center, the nonprofit is committed to promoting organ donorship. Heidi and Larry have met with the people who received Nate’s organs and said the meetings and the creation of Nate’s Place have both helped them with their grieving process to see Nate’s legacy carry on and find meaning. The donation recipients had suffered for years until their surgeries, and Heidi and Larry have seen their son continue to help people even after his passing. Nate’s Place’s upcoming fundraiser concert will have a workshop and booth for people to learn more about donation, and a speaker who is a two-time kidney transplant recipient.

One of the biggest needs for the center as it prepares to open is donations from the community to carry out its goal of providing support to young adults in any financial situation. The September 25 fundraiser will be a rock reggae concert at Nordhoff High School, featuring three talented artists including Nate’s former peer support coach Kyle Smith. The City of Ojai has declared September 25 “Nate Rhoades Tribute Day,” an annual day to honor Nate and provide support and encouragement to those going through addiction and recovery. Tickets are available for purchase on their website. A Pickleball Fundraiser will also be taking place on October 8, and more details on that event will follow soon.