Ormond Beach Power Plant in Oxnard to Come Down in Five to Seven Years; Mandalay Uncertain 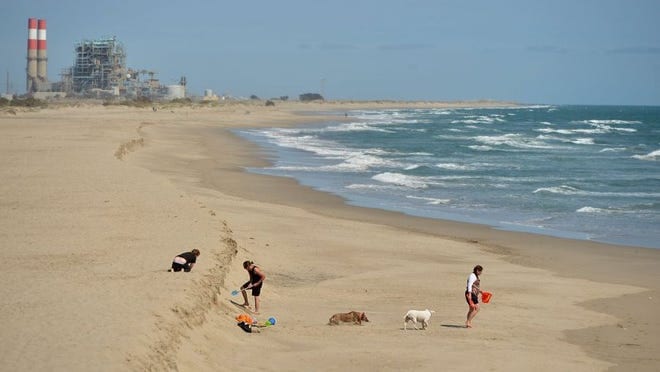 This is a view of Ormond Beach. STAR FILE PHOTO

With new energy contracts secured for Oxnard’s Ormond Beach Generating Station, the plan to end the power plant has begun.

Starting next year, GenOn, which owns two coastal power plants in the city, will begin setting aside monthly payments to a trust that will eventually pay for the demolition of the gas-fired plant at Ormond Beach. The trust will be established through the Ventura County Community Foundation.

It remains to be seen what will become of the Mandalay Generating Station, which unlike the one at Ormond, is no longer operating and can’t generate any revenue. Developing the site could be a possibility to generate money for demolition.

In the meantime, the Ormond facility will continue operations through 2023, years beyond the original decommission date at the end of this year.

The City Council on Tuesday was briefed on the latest developments, which included the State Water Resources Control Board voting unanimously on Sept. 1 to extend the life of the power plant.

Depending on future energy contracts and electric grid needs, the Ormond Beach power plant could come down some time between 2025 to 2027.

“I’m really glad that we, unlike other communities, are going to have a fund to take this down,” said Councilwoman Carmen Ramirez.

Ramirez has been a staunch advocate of ridding industrial uses along the coast. But she, along with others on the council, spoke on behalf of the city urging the state board to approve the power plant extension.

This December was supposed to be the deadline for the two Oxnard power plants and others in the state that use ocean water to cool down heated operations to decommission. But the state agency is extending the deadline for Ormond and three others in Southern California to ensure power grid reliability and to give more time for alternative energy sources to get on line.

City Manager Alex Nguyen and City Attorney Stephen Fischer negotiated a deal for GenOn to set aside $25 million for demolition of the power plant and remediation of the soil and groundwater at the site. According to the pact, if the funds set aside are not enough for demolition, GenOn agrees to pay the difference.

“Had we not done this and assumed they were going to close at the end of this year, we would have been the biggest losers,” Nguyen said.

That’s because state leaders might have approved an extension due to grid reliability and there wouldn’t have been a payment plan to take the facility down. Other decommissioned power plants in the state, like the one in Morro Bay, have such a fate.

A similar deal wasn’t reached before the closure of Mandalay power plant, which is just north of Ormond Beach near Fifth Street. In an interview on Thursday, Nguyen said that site requires development in order to generate revenue for demolition.

“I was working on a deal there most of last year. The recession put a massive halt on it,” Nguyen said. “There’s still a deal to be made there, and I intend to pick it up as soon as feasible.”

This piece was originally published by Ventura County Star.