Southern California Is Burning. Here’s How You Can Help. 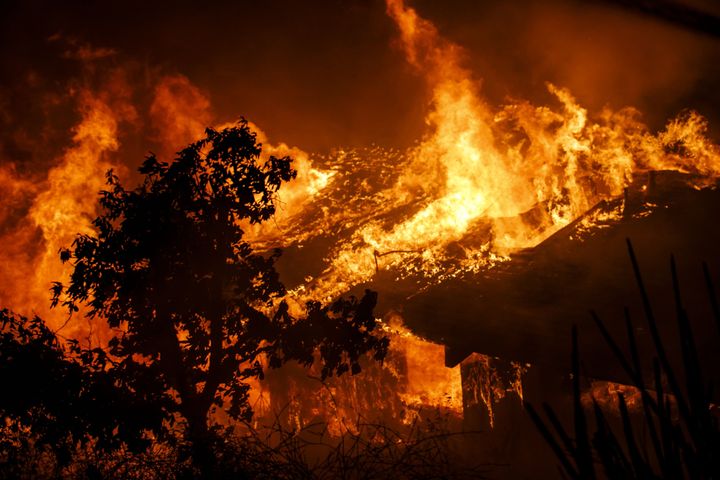 MARCUS YAM/LOS ANGELES TIMES VIA GETTY IMAGES Flames consume a home as a brush fire sweeps through Oak View, a community in Ventura County, on Tuesday.

Multiple fires have started in the last three days in the hills of Los Angeles and Ventura counties, burning more than 83,400 acres and forcing tens of thousands of Californians to evacuate.

As of Wednesday evening, most of the fires were barely contained, if at all. Nearly 10 miles of Interstate 405 ― one of the most congested freeways in the country on a normal day ― were shut down as the flames descended the surrounding foothills.

Los Angeles Mayor Eric Garcetti declared a local state of emergency in response to one of the largest blazes, known as the Creek fire, which has burned more than 11,000 acres on the west edge of the Angeles National Forest. One family in Sylmar, north of Los Angeles, arrived at their ranch Wednesday morning to find nearly 30 horses had died in the blaze.

No human fatalities had been reported as of Wednesday evening. But the Ventura County Fire Department warned of a “severe impact on air quality and visibility” as a result of the blazes. And authorities say the fires may get worse before they get better.

Here’s how you can help those affected by the disaster:

If you want to make a donation:

Dozens of families whose homes have been affected have created GoFundMe campaigns. Visit GoFundMe to see a list of verified campaigns and consider contributing.

The following is a list of charities that are providing aid during the fires. The list was compiled by CaliforniaVolunteers, a government-run office that coordinates volunteer opportunities in the state.

Remember that charitable organizations often prefer cash donations over donations of goods because they’re faster, more efficient and can be used to purchase whatever is needed. Before you donate, check the California Office of the Attorney General’s charities website to ensure you’re not falling for a scam.

If you live in or near the affected areas:

The Salvation Army Ventura Corps is accepting donations at its facility at 650 S. Petit Ave. in Ventura, California. The charity said on Facebook that donations of water and food are particularly helpful.

The Humane Society of Ventura County has taken in roughly 300 animals. The charity is in need of donations of alfalfa hay, timothy hay and water troughs, as well as volunteers who can help clean kennels, litter boxes and cages and help with feeding the animals. Visit its website to make a donation and learn how to volunteer.

California Airbnb hosts can sign up here to offer free housing to evacuees and relief workers.

The Antelope Valley Fairgrounds is accepting large animals and livestock that need to be evacuated. It is at 2551 West Ave. H in Lancaster, California. Visit its website for more information.

The Red Cross is urging residents to follow evacuation instructions from law enforcement. Those in need of accommodations can find a map of shelters on the charity’s website or download the free Red Cross Emergency App. The Red Cross notes on its website that “everyone is welcome” at its shelters and that “suitable accommodations will be found for household pets.”