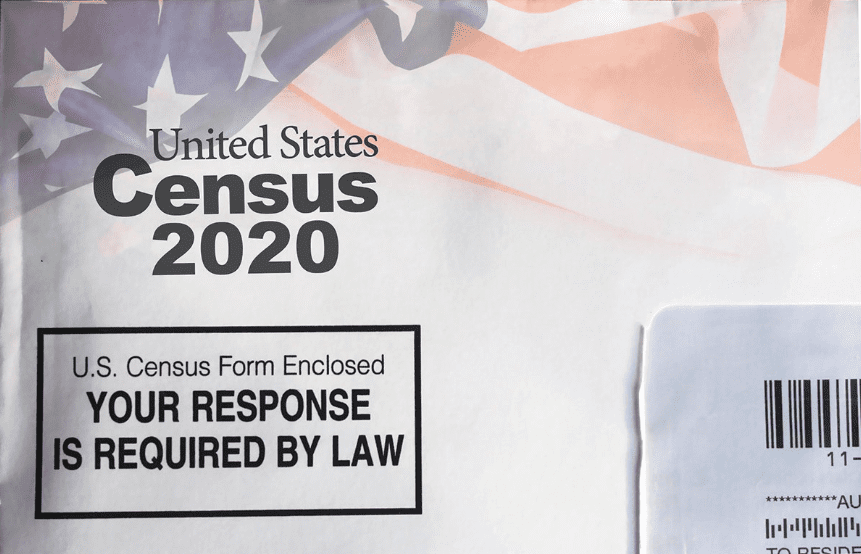 Every 10 years the U.S. Census Bureau rolls out a survey to collect general data about residents in the country.

A local leader says that some people may not realize that if they don’t complete the survey it can mean a loss of federal funding to pay for medical, educational and housing programs, as well as some public improvements.

“It is absolutely the most pressing issue facing our community right now,” said Vanessa Bechtel, president and CEO of the Ventura County Community Foundation.

“If we don’t get it right next year, it will have generational consequences that will play out until all of us are dead.”

Bechtel’s words at a Simi Valley Chamber of Commerce luncheon on July 16 underscore how critical it is that the number of residents in the county be correctly calculated in the 2020 United States census.

The census collects general data about the number of individuals who live in the United States. Everyone needs to be counted, Bechtel said, because the results determine how and where more than $675 billion in federal tax dollars is distributed and spent each year.

For each uncounted resident, the county they live in could lose up to $2,000 annually in social safety services for the next 10 years, Bechtel said.

Locally, the census determines where retail stores, schools, hospitals and new housing developments might be needed.

Job training programs, rural and industry development loans, transportation, water safety and policing could all be negatively affected by an undercount, Bechtel said.

The survey data decides how many seats each state will have in the U.S. House of Representatives. As of the 2010 census, Congressional districts averaged about 700,000 constituents each.

If there is a significant undercount in California, seats could be lost, Bechtel said.

According to the foundation, out of more than 3,000 counties in the nation, Ventura County is ranked 59th most at risk of a census undercount.

Risk factors include language barriers, noncitizen status and, now that the census has a digital option, areas without internet access.

Bechtel said the best way to prevent an undercount is by raising awareness and educating others.

Starting in March 2020, households will receive in the mail a notice to fill out the survey via internet, mail or phone. Questions in the packet will ask about age, sex, race and other information regarding household members.

By law, every household must answer the survey. Not filling it out could result in a fine, according to the U.S. Census Bureau.

It’s important for people to include everyone in the family, including children, Bechtel said in a later interview with the Acorn.

She also said the census should not be politicized.

“The question as to whether someone is a citizen or not is a barrier to an accurate and complete count, and it’s helping to fuel a culture of fear, especially within our immigrant communities and our neighbors,” Bechtel said.

The goal is to get an accurate count, she said.

“There is a concentrated effort to try to politicize the census, but (every person being counted in the census) has been a constitutional right since 1790,” she said in the phone interview.

Kathi Van Etten, president and CEO of the Simi Valley Chamber, said she invited Bechtel to speak about the census because “Ventura County is so at risk of an undercount and so much depends on getting an accurate count.”

“The Chamber was a great place to have that (presentation) so we could let our businesses and community know” about the risks of an undercount, Van Etten said.

In an interview with the Acorn in 2010, Herbert Gooch, California Lutheran University political science professor, said the census is vital because it helps activate political change and mend imbalances between rich and poor communities.

“It gives a socioeconomic clue to the differences and the needs of different groups within the county, and that in turn gives us important political clues as to the future of the county,” Gooch said.

For more information about the upcoming census, visit venturacountycounts.org.