Awardees recognized during the seventh annual celebration are Michael and Kathy McCarthy, Jim and Vanessa Bechtel, and the Marchiano family.

The event was the culmination of the seventh annual Gold Ribbon Campaign held in recognition of National Childhood Cancer Awareness Month in September. The campaign aimed to increase awareness about pediatric cancer and how it affects families, and to bring attention to the critical role that the Teddy Bear Cancer Foundation plays in supporting families in Santa Barbara, Ventura and San Luis Obispo counties with a child who is battling cancer.

Mother Leslie Miller gave a touching testimonial. Just two weeks after last year’s TBCF event, she took her young son to a pediatric cancer specialist and learned that her son had kidney cancer.

“Nothing prepares you for that conversation of a diagnosis of your child,” she said. “The Teddy Bear Cancer Foundation dropped off gifts and provided emotional support that relieved so much stress.”

After 17 rounds of chemotherapy, seven days of radiation, and surgery to remove one kidney as well as part of the other, Miller reported that their son is now in kindergarten and has a full head of hair.

Later in the program, TBCF board chair Richard Schuette made a surprise announcement, bringing attorney Robert Curtis of the local law firm Foley Bezek Behle & Curtis LLP to the stage. Curtis announced that he received permission to award the Teddy Bear Cancer Foundation unclaimed funds from a settlement. As a result, a $285,000 check was presented to the organization.

“The funds awarded to TBCF were unclaimed monies from a $64 million settlement my firm achieved in a case involving wrongful charges on cellphone bills,” Curtis told Noozhawk. “Normally, those funds are turned over to the state as unclaimed property or given to a legal-related cause. However, we were able to get the judge to allow those funds to be released to needy and worthwhile charities.”

In addition, 58 sponsors supported the Gold Ribbon Campaign, including:

The Heart of Gold Award was presented to Michael and Kathy McCarthy of The Nurture Foundation.

The McCarthys have been generous supporters of the Teddy Bear Cancer Foundation for more than a decade. In 2002, the same year the foundation was founded, they started The Nurture Foundation and pledged to gift 10 percent of their income to select nonprofit organizations supporting children, health, education and women.

The 2019 Humanitarian Award was given to Jim and Vanessa Bechtel. 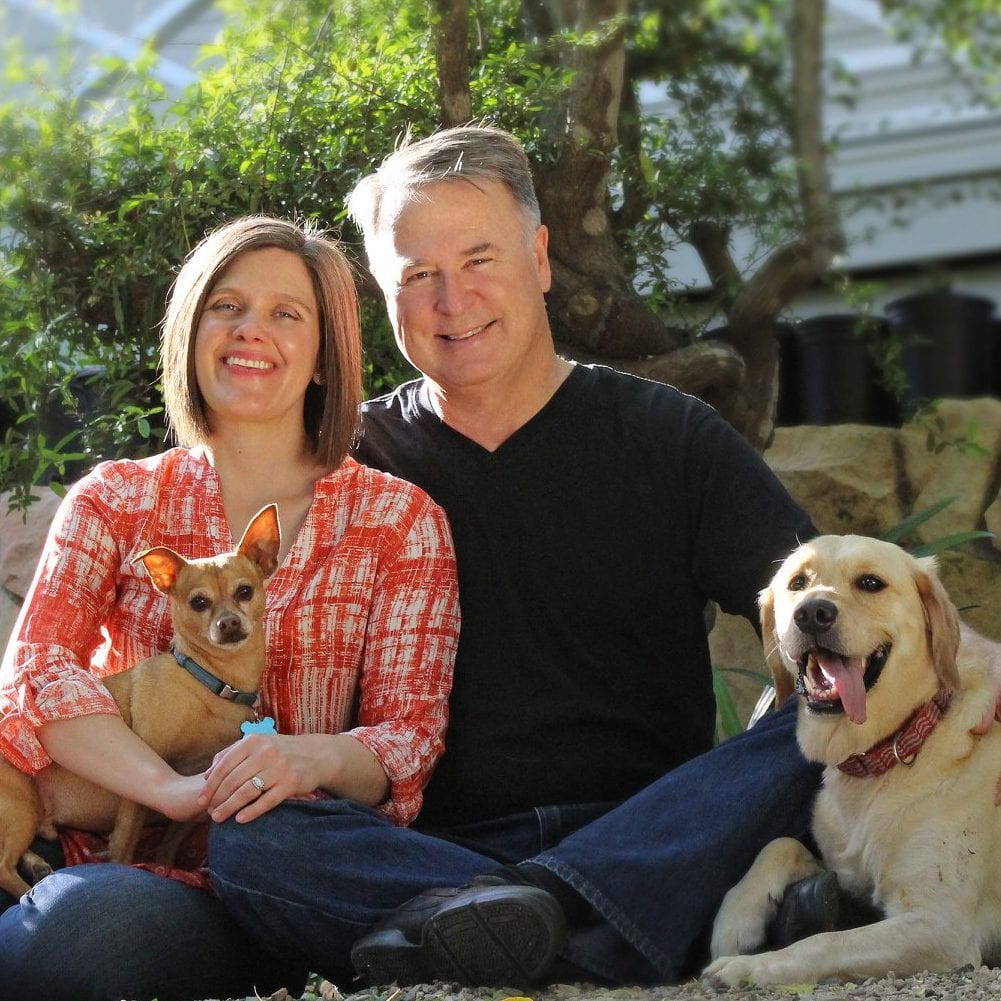 Vanessa and Jim Bechtel, recipients of the 2019 Humanitarian Award.

Since TBCF’s early days, the Bechtels have been generous supporters. Jim Bechtel joined TBCF’s board in 2009 and served as board chair from 2012 to 2014, showing strong leadership and advocacy for the families TBCF serves. He has also been uniquely positioned to provide valuable feedback as someone who has personally experienced the hardships of pediatric cancer.

“People have an opportunity to give of themselves, and one of the biggest ways I can contribute is time and experience,” Vanessa Bechtel said. “Teddy Bear Cancer Foundation is a Central Coast treasure, and it separates our community from others. TBCF brings a human element to the work that we’re doing that’s exponentially more powerful than just financial aid.”

She was instrumental to the success of TBCF’s inaugural Gold Ribbon Campaign through her time spent developing structure for the campaign.

The Pay It Forward Award was presented to the Marchiano family. On Dec. 18, 2007, 13-year-old Melinda Marchiano was diagnosed with Hodgkin’s lymphoma, and two days after Christmas, she began treatment at Cottage Children’s Medical Center. During treatment, the Marchiano family was introduced to TBCF.

“In our family’s darkest hour, TBCF appeared as a glimmering beacon of hope. The help Melinda received was lifesaving. It’s our privilege to express our deep gratitude to TBCF by supporting their vital mission to help children and families on their own path to a cure,” Melinda’s mom, Lee, said. “The assistance our family received from TBCF was astonishing! No amount of paying it forward will ever be sufficient to match our gratitude.

Melinda Marchiano is now 18, cancer-free, teaching pilates and dance, and is planning to get married soon.

The Teddy Bear Cancer Foundation is a nonprofit organization providing financial and emotional support to families of children with cancer living in Santa Barbara, Ventura and San Luis Obispo counties. Services are provided to families who have a child diagnosed with cancer up to age 18 and continue until they reach age 21.

Click here for more information about the Teddy Bear Cancer Foundation, or call 805.962.7466 or email info@teddybearcancerfoundation.org. Click here to make an online donation.