The Ventura County Community Foundation mourns the loss of Carmen Ramirez, a hero and trailblazer in the community. Among her activism and service throughout the county, she served as co-chair to the Early Childhood Education Initiative in Ventura County and was a past VCCF Board member. We will truly miss her and celebrate her tireless work to achieve equity for all in our community. 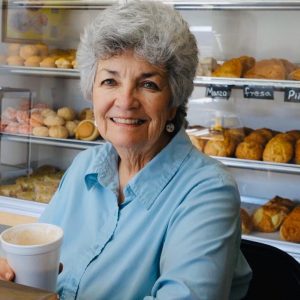 Ventura County leadership was in a state of shock as news spread that Carmen Ramirez, chair of the Ventura County Board of Supervisors, was struck by a pickup truck and killed in downtown Oxnard on Aug. 12.

Ramirez, 73, was leaving an evening meeting and crossing a street when the accident occurred.

Among the business and community leaders who were mourning her death was Vanessa Bechtel, CEO of the Ventura County Community Foundation.

“She was a true inspiration,” Bechtel wrote in an email to the Business Times.

“She brought people together,” said Harold Edwards, CEO of Limoneira and board chair for the Economic Development Collaborative, which serves Ventura and Santa Barbara counties. “Carmen’s premature departure leaves a hole in Oxnard, in Ventura County, and in society.”

Edwards had served as vice chair of the EDC board, working closely with Ramirez during her term as chair.

“Carmen always had a way of bringing so much kindness, compassion and love to the most difficult of situations,” Oxnard Harbor District Commissioner Celina Zacarias said in a statement to the Business Times. “She always spoke up and stood up for the most vulnerable in our community.”

In recent weeks, Ramirez had been celebrating the unanimous appointment of Sevet Johnson to be the first Black woman CEO of Ventura County. Johnson, a clinical psychologist, had served as interim CEO since the abrupt departure of Mike Powers in April.

Ramirez had been among the architects of the county’s COVID-19 response, including financial assistance to thousands of small businesses.

In a note to EDC board members, CEO Bruce Stenslie wrote that Ramirez was “a tireless champion and fighter for broadly shared opportunity, prosperity and the highest quality of life.”

In recent years, Ramirez had become involved in effort to improve the quality of technical education and workforce skills across Ventura County. She was also keenly aware of the need to make sure that economic development efforts afforded opportunity for advancement for all.

As a lawyer and community advocate and later an Oxnard City Council member, Ramirez fought successfully for a near-zero emissions battery backup solution to replace an aging gas-fired generator to provide backup power for the West Ventura County grid.

She was elected to the Ventura County Board of Supervisors in 2020, becoming the first Latina to serve on the board, and would have likely faced little opposition for re-election in 2024. Gov. Gavin Newsom will appoint a replacement to serve until the next election.

This story was originally published in the Pacific Coast Business Times.