Zuma Creek Bridge Rebuilt After Being Destroyed in Woolsey Fire 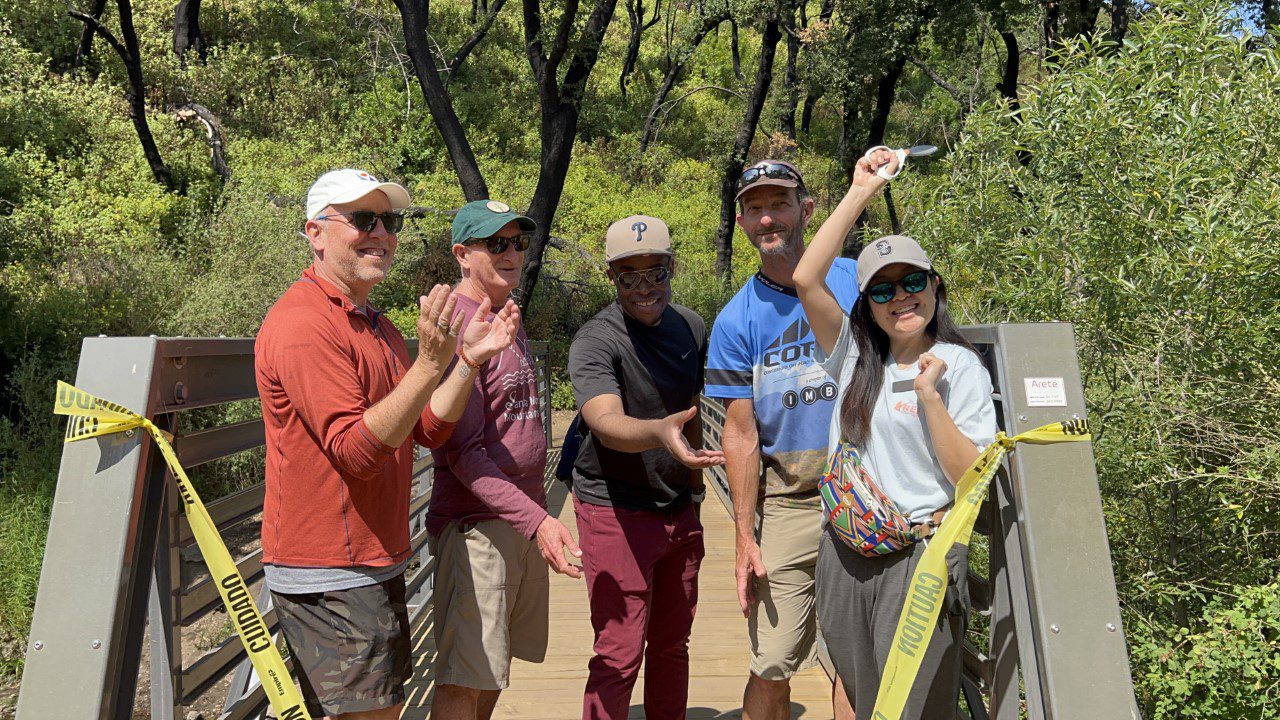 A ribbon cutting for the new Zuma Creek Bridge on May 13. Photo: Ana Beatriz Cholo/NPS.

Trail and new bridge reopened on May 13.

The new Zuma Creek Bridge is the latest accomplishment in a long list of fire recovery efforts since the Woolsey Fire, which damaged 112 miles of trails, 30 structures and outbuildings, and 88 percent of federal park land in the Santa Monica Mountains.

“It offers a safe stream crossing for hikers, bikers, and equestrians, as well as protection for important resources, like native amphibians living in the area,” the National Parks Service (NPS) said.

The previous bridge was destroyed during the Woolsey Fire of November 2018. The trail and new bridge reopened on May 13.

On June 13, the NPS celebrated with a ribbon-cutting with some of the people who made the bridge a reality.

According to the NPS, the bridge reconstruction project’s funding comes from various donors, including the Santa Monica Mountains Fund, REI, the Ventura County Community Foundation (VCCF), Fund for People in the Parks, and CORBA (Concerned Off-Road Bicyclist Association). Collectively, these groups contributed $60,000 to purchase materials.

The new bridge was constructed by NPS and SAMO Fund staff at SMMNRA.

This story was originally posted in the Palisades News.