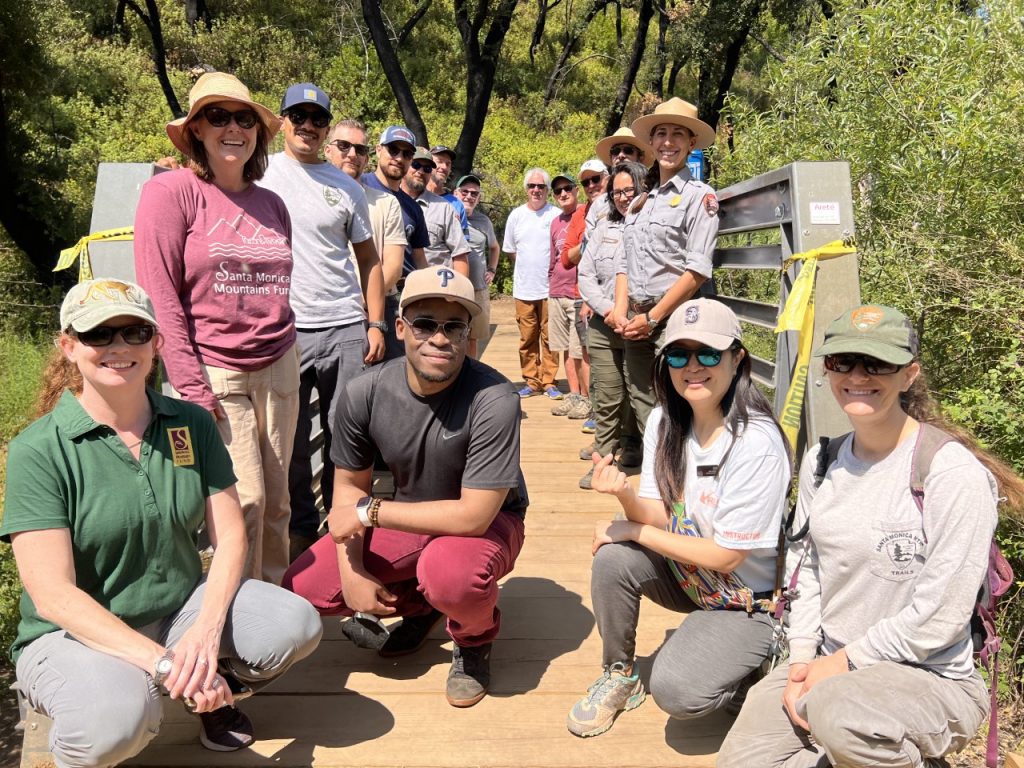 A ribbon-cutting ceremony was held on June 13, 2022 to celebrate the reconstruction of the Zuma Creek Bridge. Photo Courtesy of National Park Service.

After being destroyed in the Woolsey fire of November 2018, the Zuma Creek Bridge (not the one on Pacific Coast Highway) has been rebuilt and is now open.

The bridge is on the Backbone Trail about a mile from the Newton Canyon trailhead on Kanan Road. Not intended for vehicles, it offers a safe stream crossing for trail users like hikers, bikers, and equestrians. It also serves to protect important amphibians and other native wildlife living in and near the creek bed.

The new bridge is the latest accomplishment in a long list of fire recovery efforts since the Woolsey Fire damaged 112 miles of trails, 30 structures and outbuildings, and 88 percent of federal park land in the Santa Monica Mountains.

The $60,000 it cost for materials to rebuild the bridge came from a variety of corporate and nonprofit donors, including the Santa Monica Mountains Fund, REI, the Ventura County Community Foundation (VCCF), Fund for People in the Parks, and CORBA (Concerned Off-Road Bicyclist Association). Construction labor was provided by the NPS and SAMO Fund staff.

“The bridge carries people over Zuma Creek on popular Backbone Trail, the premier 67-mile thru-hike of the Santa Monica Mountains,” said Szymanski. “From what we’ve seen, members of the public are already making good use of this newly reconstructed crossing.”

The Backbone Trail section where the bridge is located was closed to the public during the month of reconstruction.

This story was originally published in The Malibu Times by Jimmy Tallal.