Acorn Top 10 of the Year

Read the full story below or on the Camarillo Acorn website. 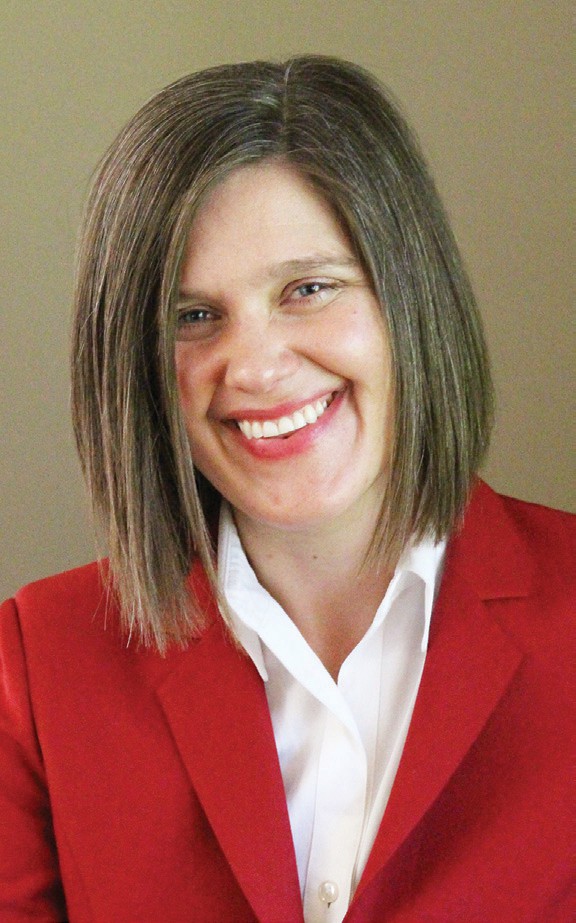 Vanessa Bechtel
When the Ventura County Community Foundation reported key administrative errors to the California attorney general’s office in 2015, it could have spelled disaster for the charity organization.

But under the leadership of Vanessa Bechtel, the foundation made all necessary corrections and the attorney general’s office closed its investigation at the beginning of December, just in time for the foundation to assist in the Thomas fire recovery.

Bechtel, 38, said her organization isn’t taking any administrative fees or overhead costs out of funds for disaster relief.

“We gave away over $1 million in the first three weeks of the disaster, and 100 percent of every dollar raised is going directly to organizations working with individuals,” she said.

Bechtel and her husband of four years, Jim, have four grandchildren and two dogs. They live in Santa Barbara, but Bechtel said they plan to move to Camarillo soon. She said charity work is “a tool to solve today’s most pressing challenges.” 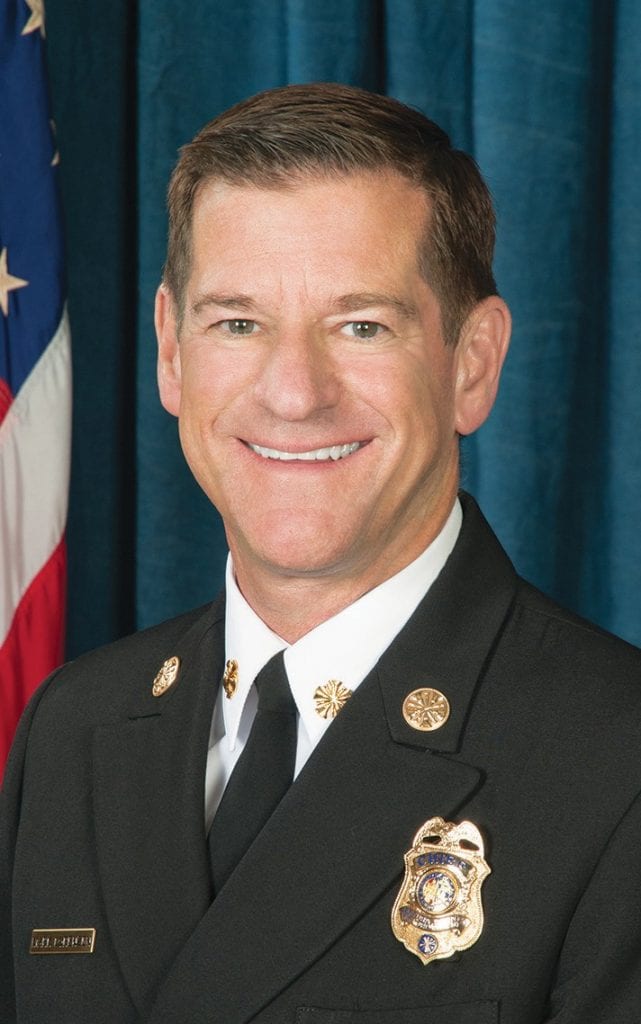 Lorenzen was in charge of  battling the Thomas fire, the largest in state history, although, he said, it wasn’t the most destructive.

“It’s been a long, hard, trying period, and I’ve never been prouder of the members of the Ventura County Fire Department,” he said.

He credits the saving of countless homes to the seamless cooperation of his 600 firefighters and the thousands of other first responders from around the state and country.
“Everyone who was here in our county, it was like they were fighting fires in their own cities and counties and taking care of their own families,” he said.

The 54-year-old father of three also sent 80 firefighters to assist with the ensuing flood and mudslide in Montecito.

When he’s not battling disasters, the Santa Barbara resident likes to golf, snow ski and work out.

Joe Vacca
This year was a big one for developers and construction crews in Camarillo, and as the director of community development, Joe Vacca oversaw it all.

New housing developments, mixed-use buildings and the planned hotel and conference center near the Camarillo Premium Outlets all came across his desk.

“I love the fact that I get to interact with the developers and the community and the decision-makers in maintaining and improving the quality of life in Camarillo,” he said.

Vacca, 43, came to Camarillo from the city of Moorpark in August 2014.

He started as an assistant director of community development, and five months later he was named interim director. By April 2015, he’d lost the interim tag.

Vacca lives in Simi Valley with his wife of 17 years, Jennifer, and their two sons. He serves as an assistant scoutmaster and basketball coach in Simi. 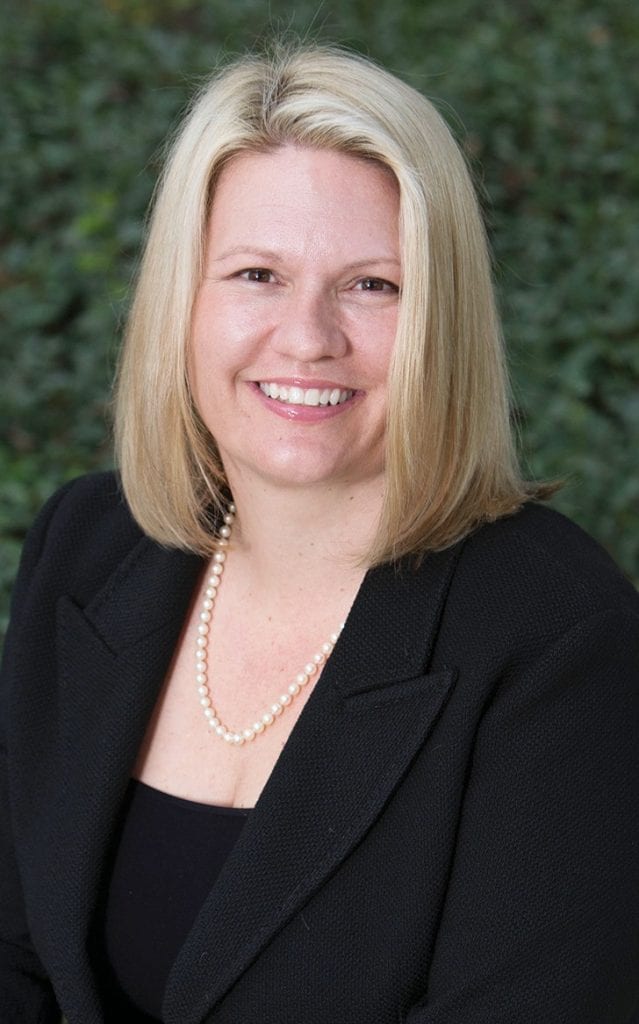 She’s also helped her school rank among the top 20 American colleges and universities for increasing students’ social mobility, according to Portland, Ore.-based CollegeNET. Social mobility measures whether students are able to earn higher incomes than their parents and improve their socioeconomic status.

“I think that, more than anything, encapsulates our mission,” Beck said.

The 45-year-old mom of two boys spends her time outside of work volunteering, doing yoga, running, surfing and being “a soccer mom, baseball mom and basketball mom.” She and her family moved to Camarillo about a year and a half ago. “We’re so lucky we live in the best place in the world,” she said. 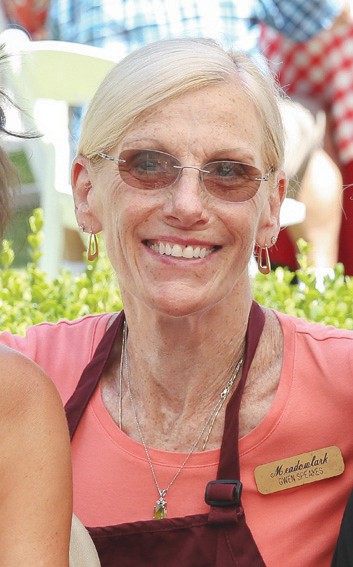 As president of the Meadowlark Service League, Gwen Speakes oversaw the distribution of about $220,000 to 33 Ventura County charities and scholarship recipients in 2017.

Speakes, 68, joined the Meadowlarks after she moved to Camarillo 20 years ago.

“I like the fact that we give to local charities and focus on making an impact in our community,” she said.

In June, the group holds a luncheon to award the grant money, a day she said makes the hard work worth it.

“We have the charities come and talk about what they do with the money and the impact it’s had on the community,” she said.

Speakes, who has three children and has been married to her husband, Jeffrey, for 34 years, is gearing up for the group’s annual charity tennis tournament and luncheon at Las Posas Country Club in March, which she said usually raises about $50,000. 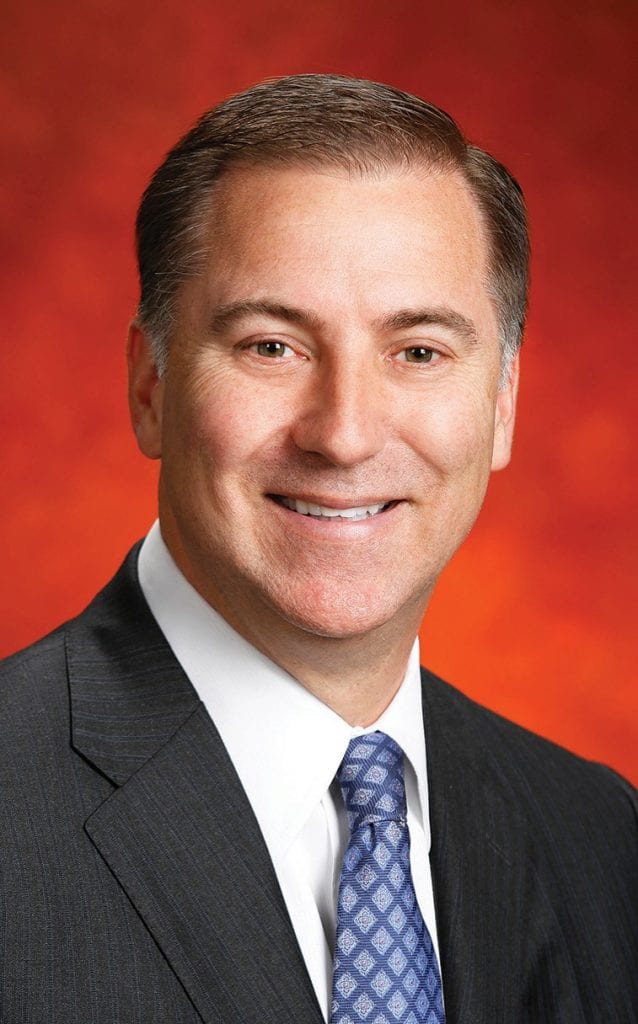 Darren Lee, president and CEO of the Camarillo hospital and the St. John’s Regional Medical Center in Oxnard, brought to fruition a project 20 years in the making.

“We can do procedures here in Camarillo that we couldn’t do before,” he said. “It also gives this community state-of-the-art technology and access to care they couldn’t otherwise get.”

“This is going to become a destination hospital for many of our residents and people outside of Camarillo to come and be cared for right here in Camarillo,” he said.

The head job at the Dignity Health-owned facilities brought Lee, his wife, Debbie, and their four children to Camarillo three years ago.

“I love my connection to the community and to patients and families,” he said. 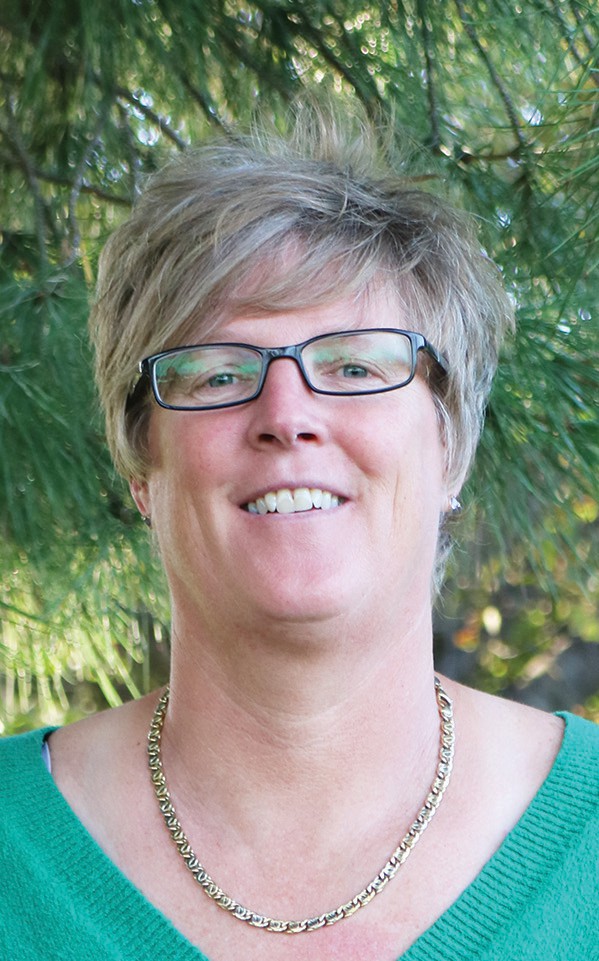 Mary Otten, general manager of the Pleasant Valley Recreation and Park District, oversaw a year in which the district made strides to address overcrowding in its facilities.

The district and the City of Camarillo funded a needs study, the first results of which were released at a public forum on Jan. 30. Otten said the final results should come out in March.

“A couple of things I really enjoy about recreation and parks are the opportunity to do something that directly affects people in a positive manner in our community,” Otten said. “The other thing is every day is a little bit different and never the same.”

Otten, 52, moved to Camarillo in 2014 when she was named general manager of PVRPD. Before that, she worked for Modesto’s department of recreation, parks and neighborhoods.

Otten said she enjoys spending time with her 7-year-old dachshund, especially at the beach or on a hike, and loves being outside. 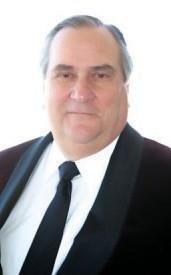 John Zaruka, the CEO and founder of Wedgewood Weddings and Z-Golf Food and Beverage, bought the property last year and plans to improve the course and keep it functioning at full capacity.

“I wanted to keep golf in Camarillo,” Zaruka said. “It’s close to me. We already had an ongoing business there, and it was a good long-term investment. I love golf.”

Zaruka, 66, lives in the Vista Las Posas development in Camarillo with his wife, Linda. They’ve been married for 44 years, and their children, Bill and Stacy, are involved in the family business.

Zaruka said he and his family love Camarillo.

“What’s not to like? We like the location, love the weather,” he said. “It’s convenient to airports, not bad to go to Burbank or L.A. I like the mix of people here.” 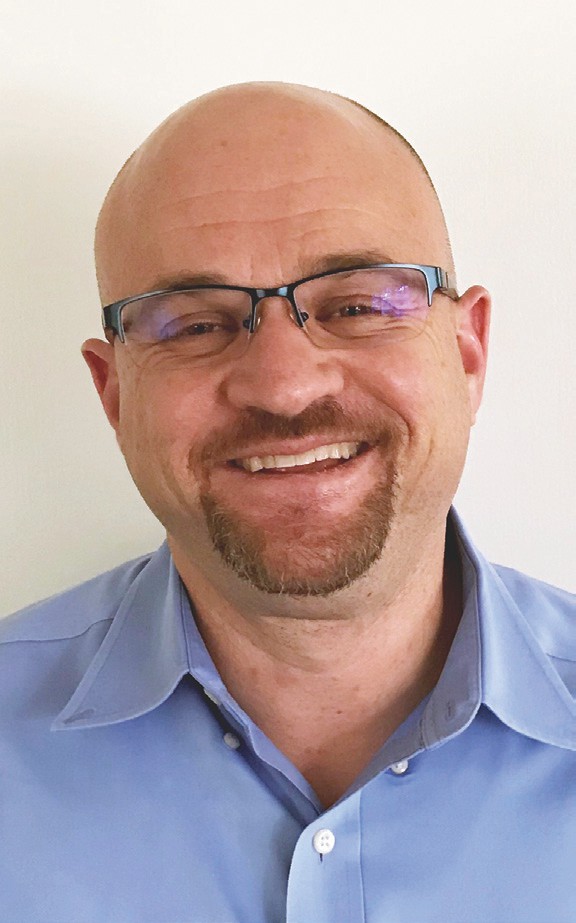 Teaching is a difficult job, but Chris Johnston, assistant superintendent of business services for the Pleasant Valley School District, knows there are other ways to help children get an education.

“Not everybody has the skill set to be a teacher, but for those of us that don’t have that skill set, this is a chance to be a part of it,” he said.

Johnston, 40, helps manage the finances for a school district with more than 6,000 students at 11 schools. He looks at the big picture, but it all comes back to the students, he said.

“There’s nothing better than going to a school and seeing kids engaged in the classroom and knowing that you’re a part of it,” Johnston said.

He has been a Camarillo resident for three years. When he’s not working, he exercises, works in his garden and plays with his 4-year-old miniature dachshund.

He said he’s blessed to live, work and help the children in this community. 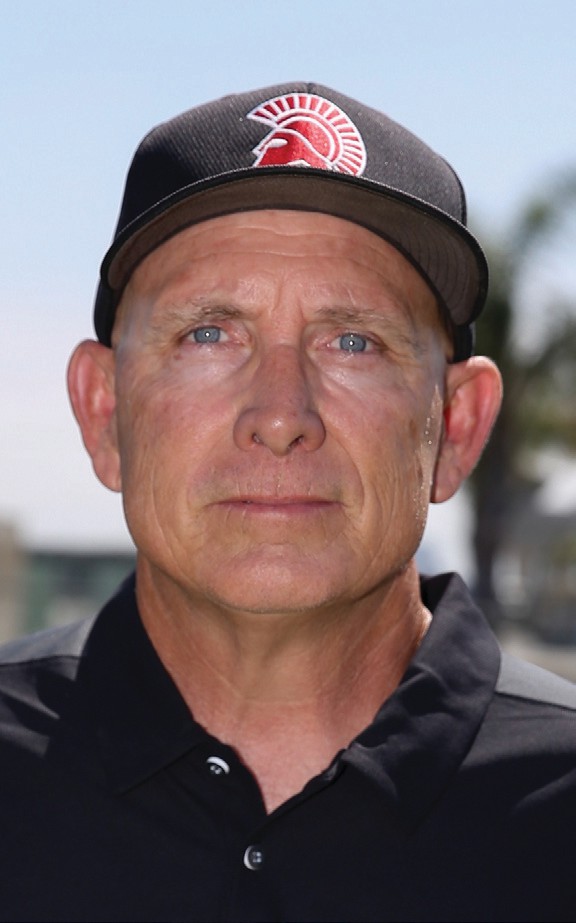 The Rio Mesa High School football team may have lost in the CIF semifinals, but the Spartans went a perfect 10-0 in the regular season and tied the school record for wins in a year with their 12-1 mark under fourth-year coach Jim Bittner.

“It was a great year working with a great group of kids and coaches,” Bittner said. “Everything seemed to fall in place for us. We had some fortunate events along the way, and hard work and perseverance paid off.”

Bittner, 50, also teaches physical education and weight training at Rio Mesa. He’s been in teaching and coaching for nearly 30 years at every level from kindergarten to Moorpark College.

“I love working with kids,” he said. “I love coaching. It’s a passion. I was brought up to go after your passion, and it’s not like going to work every day. You go out and do what you love doing.”

Bittner and his wife, Tauna, were married in 2004 and have three children.