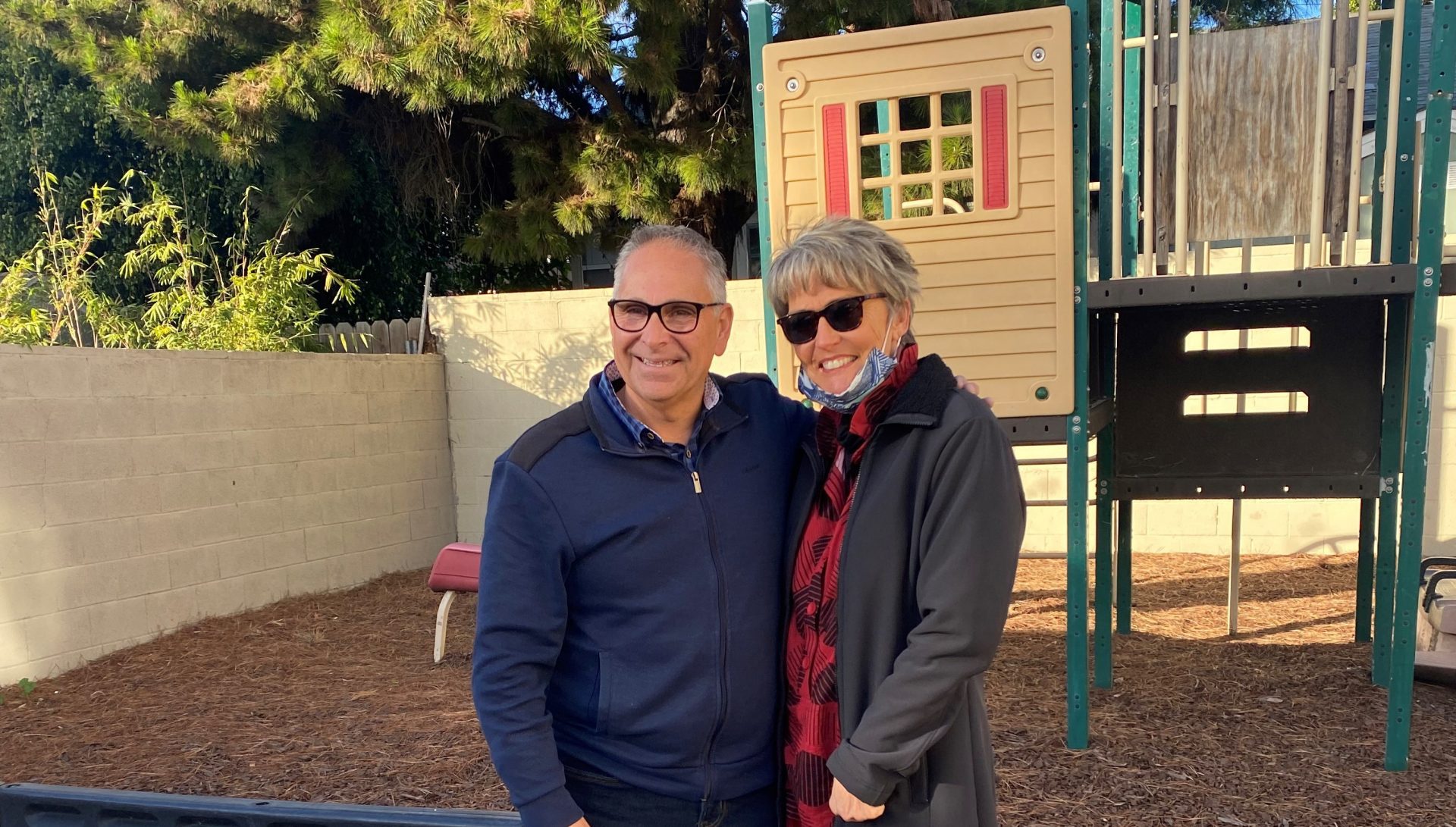 VCCF intern Daniel Whitworth recently had the chance to learn more about VCCF donor client Terri Ferro. Terri oversees the Ferro Fund, originally created by her father-in-law Fred Ferro, to support qualified nonprofit organizations to serve and create opportunity for underserved youth in Ventura County. For their 2021 year-end giving, the Ferro Fund granted out $300,000 to local nonprofits like The City Center Transitional Living, several Ventura County Boys & Girls Clubs, YMCA Southeast Ventura County and Poder Popular. Terri is a retired geologist who enjoys traveling and staying active. She described how she originally became involved with the fund saying, “At the time, I had kind of retired and really wasn’t doing anything, and that was a setup for my husband to hand things off to me. Suddenly, I was thrust into this position of being able to do good things for other people and that’s a cool thing.”

Describe your first time giving back to your community, whether it was philanthropy, volunteering, or otherwise.

I’ve done some volunteer work here and there. It’s really just when opportunities present themselves sometimes. I know that with this fund, through Fred Ferro, we funded a homeless shelter in Ventura County. They were building a learning center and we gave them some money to help fund the building of it. At the time I told the director, “Hey, when you start your mentoring program, give me a call, because I would be interested in doing that.” So, it’s the kind of thing where when an opportunity comes by, I say, “Oh I can do that or help with that.”

What is the Ferro Fund?

My father-in-law, Fred Ferro, had a foundation that he directed to be for the benefit of educating underserved children in Ventura County. So that’s kind of how that started. For myself, one of the ways the family has worked and made money is that they’re in farming. And if you look at the community surrounding the farming community, you very often have immigrants, first generation and people that work very hard for me to make money. And so their children need some support too.  Those kids need services like Boys & Girls Club, or services directly related to being within farm working. But I feel like that is specifically something that I like to see, because it’s something that put me where I am. Some of the great programs out there like Boys & Girls Clubs have homework and tutoring facilities, and the Ferro Fund works to support those great programs.

What was your experience like with the Fred Ferro Fund 2021 end of year giving?

The first year I was involved with it, we gave some money to the Boys & Girls Club of Santa Clara Valley. There was quite a bit of money that could be paid out for the end of 2021 giving. So, I asked organizations to give me several options on what they could do with different amounts of funding. Then, we had a contact with someone, a family friend I believe, that was connected to the homeless shelter and transitional living place in Ventura.

One of the projects that I was particularly interested in was one that was specifically for kids with autism when they go to a place like an afterschool program. I had seen those before because I have a nephew who has autism and the school he goes to has a sensory room. It was very exciting to hear there was a need for one of those. It was kind of nice to get a bit of personal knowledge and have a connection to it. Obviously, everything we have helped fund is all worthwhile, but it is kind of nice when you get that one thing where it’s like, “I know what that is; I want to help with that.” I understand how important it is to a child that has some sensory issues in their life.

How do you hope your giving impacts the community?

I try to look for programs that maybe I can complete. For instance, the city center needed X number of dollars to finish up and then they could go ahead and move forward with plans to begin the learning center there. I know at one point in time, probably a couple of years ago, the Boys & Girls Club of Santa Clara Valley needed a van. I really like to get those numbers together like, “If you give me this much money, this is exactly what I can do with it. Then I will be fully funded to do whatever that is.” And that’s not always possible obviously as it depends on the project. For example, now that you’ve got your van, you can transport children to other places and enhance their educational opportunities because you can take them somewhere. Once again, the fund itself is directed to be for educational opportunities in the underserved community. What I ultimately hope is that for a number of kids, that piece of their education meant something and allowed them to move forward, something that they couldn’t have possibly done without it.

What is your best advice for others who would like to make a difference?

One of the pieces of advice I would give that really made a difference for me with VCCF is to have a conversation with your community foundation and tell them what exactly you want to see, to work closely with a place like VCCF and work closely with their staff because I can verbalize things with them. Every year when I call, whoever I’m talking to will say, “Oh, I know something specifically that has come up that you may be interested in.” It’s a nice cooperative position to be in. Everyone at the foundation was very receptive to what the fund was for and how it was put together. Generally, you won’t do as well unless you sit down and have that initial conversation about what you intend.

If you are interested in starting a fund at VCCF, click here to learn more or email Calleen Pardinas at cpardinas@vccf.org.