‘We Are Thousand Oaks Strong’: Community Gathers at Vigil to Mourn Shooting Victims

THOUSAND OAKS, Calif. ― Hundreds of community members crowded Fred Kavli Theatre in Thousand Oaks on Thursday night to pay their respects at an emotional vigil for 12 victims who died in a mass shooting at a local bar. 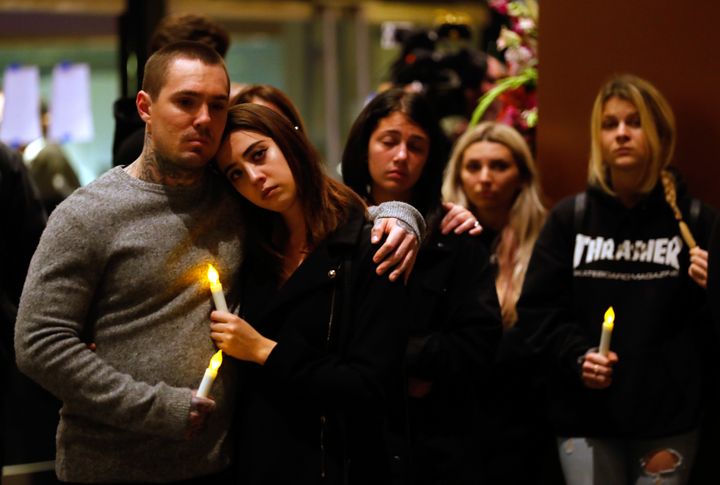 MIKE BLAKE / REUTERS Mourners attend a vigil in Thousand Oaks, California, for the victims of the mass shooting.

The vigil, which lasted about 45 minutes, came less than 24 hours after 12 people were pronounced dead at the hand of a gunman, who also died, at Borderline Bar & Grill during a “college night.” Not all the names of the victims had been released at the time of the vigil.

Many in the audience carried plastic lighted candles, which were handed to them as they walked in. Projected onto a screen on stage, a single slide read: “How to Help” with instructions on how to donate blood or money to help victims and their families.

“Communities getting together make a difference, and tonight, even though this event just occurred last night, is helping our community,” Thousand Oaks Mayor Andy Fox said during the vigil, adding that the Ventura County Community Foundation (VCCF.org) for donations had so far raised $500,000 for victims’ families.

Fox was joined on stage by other local officials, including Ventura County Sheriff Geoff Dean, who received a standing ovation before he addressed the audience. 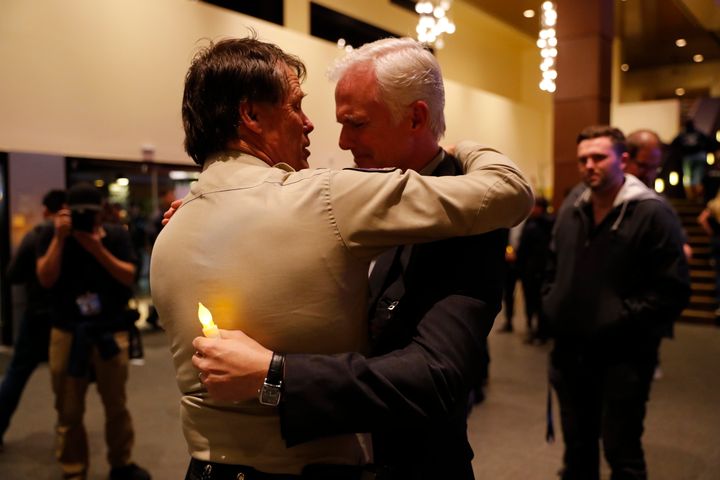 He spoke about sheriff’s Sgt. Ron Helus, who was among the 12 victims. Helus, 54, died saving the lives of others at the bar. He was among the first to respond to the shooting.

“There’s nothing I can really say here that will fill the hole that is left in our hearts,” Dean said. “I ask that you join me in remembering Ron and all the victims. As we reach out, we hold the hands of everyone in our community, we come together to move forward and overcome evil with good.”

“Ours is a very small and beautiful community,” said Mohammed Esa, of the Islamic Center of Conejo Valley. “We’re all truly connected in every way. With this tragedy, it has affected us to our core. It is unfathomable. How do we manage such grief? The only way is through love. All of us from all faiths, let us all stand together with the stricken families in the city of Thousand Oaks. To the families, we say we share in your sorrow, and share our loves and prayers with you.” 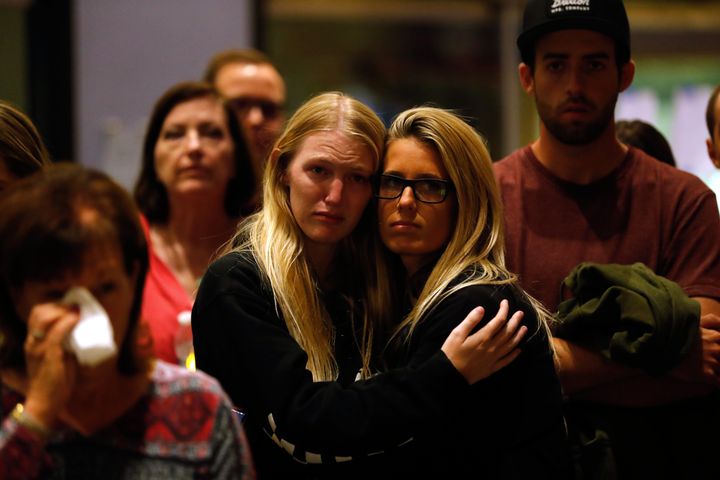 Mayor Fox closed the vigil by saying, “Have hope.”

“Hope has sustained communities, very much like Thousand Oaks, through the exact same triages of mass shootings,” he said. “Tonight Thousand Oaks takes its place with those cities, who in order to move forward will rely on hope… we are Thousand Oaks strong.”

A musician performed “Amazing Grace” at the end of the vigil as attendees sang along and held up their candles. As people left the theater, they stopped to embrace one another and shed tears.